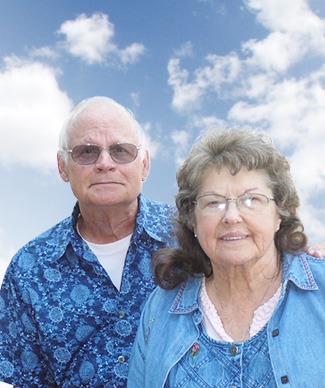 A second chance of life: That was the title on the thank you letter written by Jim M. in April 2015, just 10 days following his surgery at Kansas Spine & Specialty Hospital for an L3-4 posterior lumbar fusion. The retired air force aircraft technician and self-described military brat credits his survival to the vigilance of hospital care staff when he had a reaction to a post-surgery pain treatment.

“I went in and out several times,” said Jim. “People were talking to me and encouraging me.” Jim’s wife Joan was unable to be with him that day as she was undergoing treatment at another hospital.

For six weeks after surgery, he was unable to carry anything over 8 lbs. Six months after surgery, he could climb stairs and carry a bag of groceries, “carefully” he is quick to add. “I don’t use a cane or a walker,” he said. “He’s kept me out of a wheelchair,” he says of Dr. John Dickerson.

Jim’s long-term back pain began in the 1980s when he was diagnosed with degenerative disc disease, having his first back surgery in 1985 followed by subsequent surgeries. Born and bred in Dover, Del., his Air Force career took him around the world, including Taiwan, Vietnam, Saigon, England, Germany and France. He and Joan returned to Kansas in 1990 and have lived in Manhattan since 2005.

Jim is also back to doing many of the activities he has enjoyed throughout his life. He’s been an amateur photographer since age 13 and often documents family events. Jim also is a woodworker and spends hours out in the garage designing and building toy trains and keepsake jewelry boxes which he gives as gifts. James and Joan also have a Maltese named Jeli who provides canine therapy and comedy.

A hand-written post-script on Jim’s letter refers to a Kansas Spine healthcare professional who stayed at his bedside through a rough transition, opting to stay on through her shift change. The letter summarizes his gratitude: “You have not only improved my life, but saved it too. For that, I am entirely grateful.”