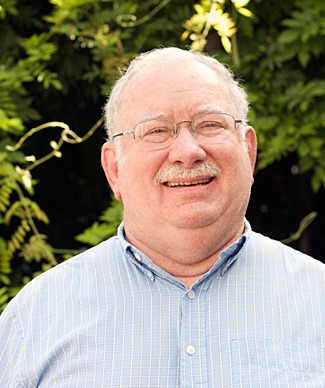 Gary’s degenerative spinal stenosis began 30 years ago as a college student when a custodial supervisor drafted him to help move a grand piano. He heard a loud cracking sound and felt a rush of pain. Since then, he’s had days when he could barely get out of bed, and times the pain was so great he would collapse on the floor. Earlier in 2014, incapacitated and unable to work, he realized something had to change.

“I was on a lot of medication, unable to sleep and in a state of drowsiness all the time,” Gary said. “It was affecting my wife’s sleep as well.” He had already had back surgery in 2000 with positive results, but over time a degenerative disc triggered other issues. The prospect of a second surgery was daunting.

At the referral of his doctor and the recommendation of friends, he made an appointment to see Dr. Raymond Grundmeyer . His last five vertebrae were collapsed on each other, the spine was losing its formation and impinging on his nerves. Dr. Grundmeyer operated in May 2014, performing a lumbar laminectomy.

“I just couldn’t ask for a better place to have my surgery,” he said. “I was so impressed that everybody was so caring from the moment I arrived. They were explaining things and keeping me calm throughout the whole process. They would encourage me to walk and do the things that needed to be doing. They took care of my needs.”

Three months after surgery, Gary was back to work full time as a Sedgwick County field appraiser. “This doctor is truly a blessing, someone who cares so much. I love that doctor.”